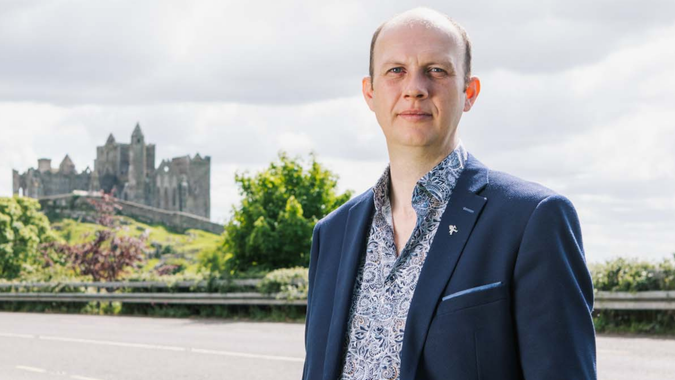 What if there was a way to detect potential rare diseases in a newborn by creating a “digital twin” of the baby at birth? That’s pretty much what P4 Medical Laboratory (P4ML), an Irish precision medicine company located at Dubai’s Area 2071, is attempting to do, with its offering aiming to help save the lives of millions of newborn babies. The importance of what P4ML is doing can be better understood when looking at the stats surrounding rare diseases among newborns.

According to a recent study by the Centre for Arab Genomic Studies, 30% of hospital admissions of newborns are due to rare diseases, which are then known to also cause 50% of the deaths among children under the age of five. In fact, research by P4ML has found that these rare diseases in newborns and genetic disorders have resulted in the healthcare budgets of Arab countries exceeding AED110 billion a year.

“Current newborn screening methods only screen for 0.5% of potential rare diseases in infants, missing up to 99.5% of potentially life treating conditions at birth,” notes Patrick J. Moloney, founder and CEO, P4ML. “Through cooperation with healthcare institutions in the GCC region, P4ML employs the concept of digital twinning within its medical research for early and accurate detection of diseases that may threaten the lives of newborns. Our approach will change the way care is delivered to patients with the rarest of diseases; by implementing a digital twin at birth, dramatically reducing misdiagnosis and healthcare costs globally.”

Before delving further into the company’s work, it is perhaps best to gauge an understanding of what digital twinning entails. In simple terms, it refers to the idea of being able to simulate a person’s organs, muscles, or sometimes even the entire body. Through this, medical experts can run tests and arrive at diagnoses and treatments that show the highest probability of success and also flag possible side-effects of a given treatment.

This is essentially what is being proposed to be used for newborns by the P4ML team. “From pregnancy to newborn screening, P4ML utilizes both genomic and multiomic data sets that enable a large number of digital twins for each case in the trial,” Moloney explains. “It then virtually examines the effect of thousands of therapeutic drugs on each digital twin using artificial intelligence (AI) and machine learning to identify the most appropriate treatment and provide it to the patient after the trial ends.” P4ML’s methods come at a particularly interesting time for precision medicine in the UAE and the extended region.

There has been an extensive focus on genomics -a field dedicated primarily to identifying genes and genetic variants associated with a disease or in response to certain drugs and medication- in the country through the Emirati Genome Program. “Today, many countries are investing in proactive health strategies,” Moloney says. “The UAE too has adopted an advanced approach to address genetic diseases through the Emirati Genome Program, which aims to develop genetic maps for the country’s citizens based on genetic sequence tests, integrate them with their individual health data and provide personalized healthcare accordingly.”

C3 Alumni Baramoda and Bekia were featured among Forbes' 10 Sustainable Startups in the Middle East.